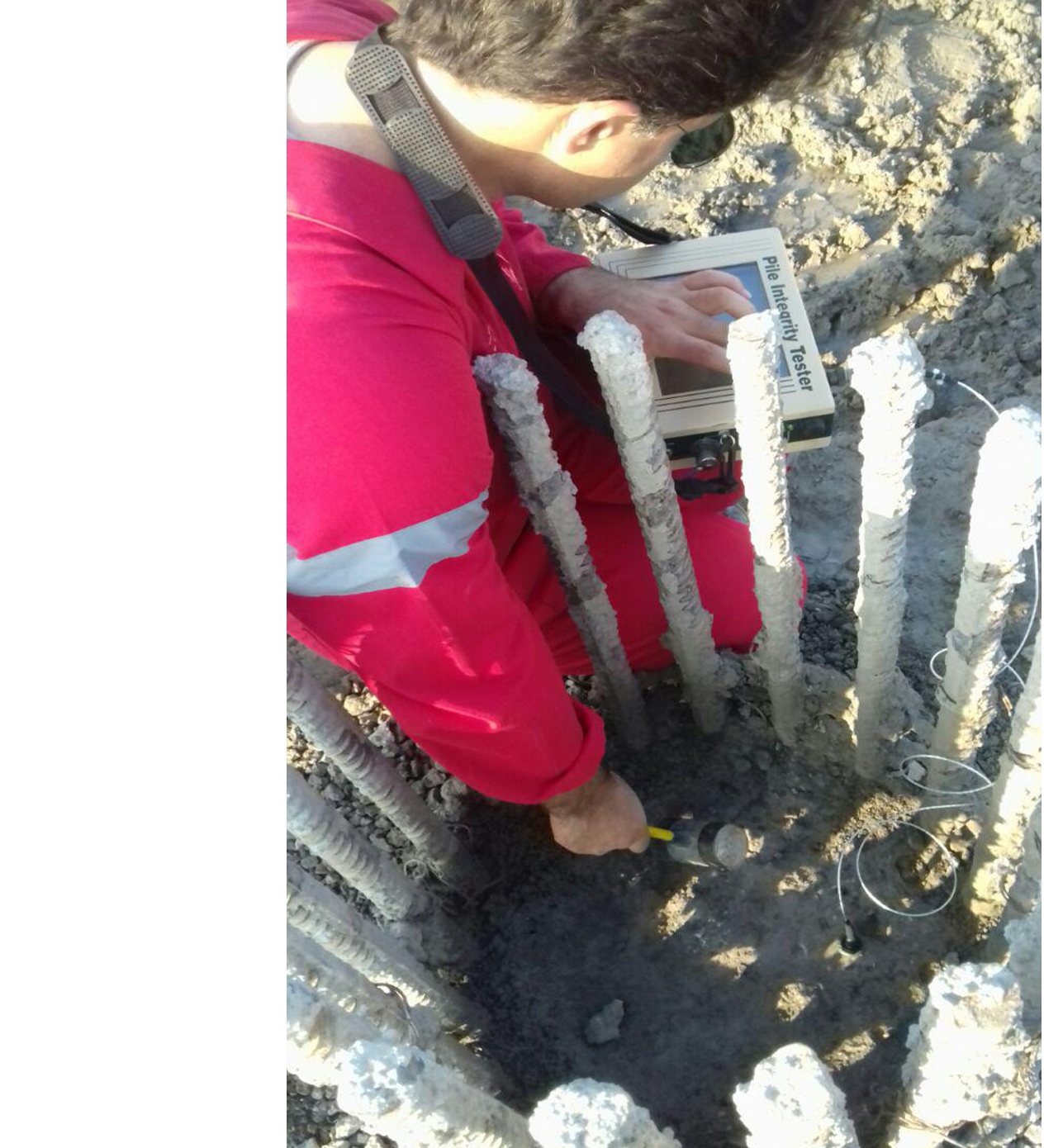 w Strain Impact Integrity Testing is a non-destructive pile testing method for integrity assessments of augered cast-in-place piles, drilled shafts or driven concrete or timber piles. If major defects exist, test results may be interpreted to estimate their magnitude and location. Test results may also be used to estimate pile length. The Low Strain Test, also known as Pile Integrity Test (PIT), encompasses the Pulse Echo Method and the Transient Response Method. Tests by either method are normally performed after foundation installation and curing, and require minimal pile preparation. Because of their simplicity, speed of execution and relatively low cost, these integrity tests may be performed on 100% of the piles on a given a job site.

Wave propagation theory can also be applied to situations where a light impact is applied to a pile, resulting in a low strain. A compression wave will still travel down the pile when it is impacted by a small hand held hammer. Much like in High Strain Testing, this wave will travel at a constant speed c. Changes in pile impedance Z produce wave reflections.

The application of the wave equation theory to waves caused by small impacts is the basis for Low Strain Dynamic Integrity Testing. This procedure is performed with a Pile Integrity Tester (PIT), a hand-held hammer to generate an impact, and an accelerometer placed on top of the pile to be tested to measure the response to the hammer impact. Given a known stress wave speed, records of velocity (integrated from the accelerometer signals) at the pile head can be interpreted to reveal pile non-uniformities (changes in impedance). 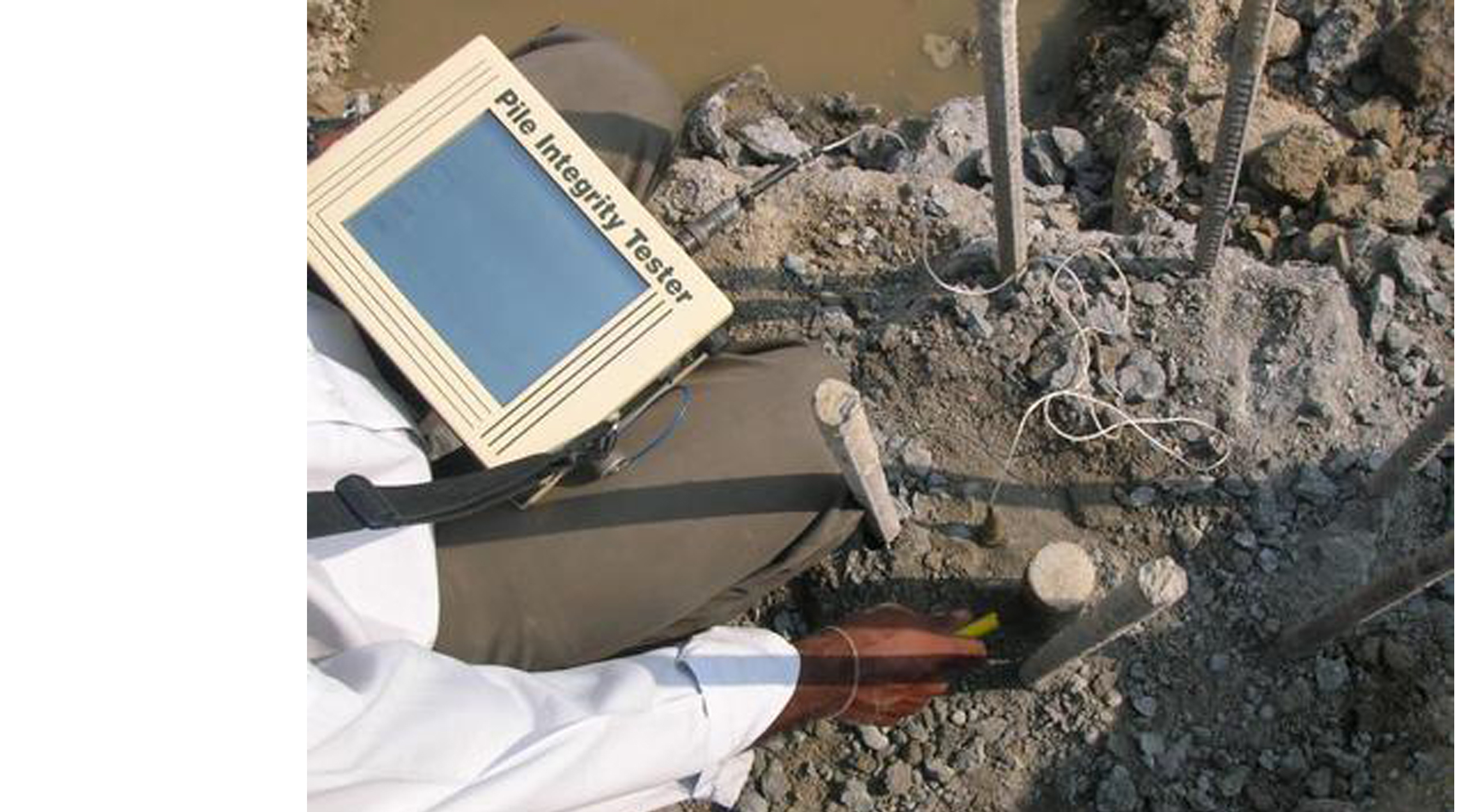 Interpretation is usually done in the time domain (Pulse echo, or Sonic echo). Pile length may also be determined. This non-destructive testing method is usually applied to concrete piles, concrete filled pipe piles, drilled shafts, auger cast-in-place (continuous flight auger) piles, and sometimes timber piles. Usually, the method is applied to piles not connected to a structure, but good results are often obtained for piles embedded in structures (such as cell-phone towers, transmission towers, and bridges). The Tethys engineer hits the top of the foundation with a handheld hammer. The impact of the hammer generates a compressive stress wave in the pile or shaft, and an accelerometer placed on top monitors the motion associated with this wave. The stress wave propagates down the pile shaft and is reflected when it encounters either the toe or a non-uniformity of the shaft. These reflections cause a change in the acceleration signal measured on the pile top, which is picked up and processed by the Pile Integrity Tester (PIT) equipment and interpreted by an experienced engineer. Pile Integrity Testing has been routinely used worldwide for many years; it is standardized by ASTM D5882 – Standard Test Method for Low Strain Impact Integrity Testing of Deep Foundations. 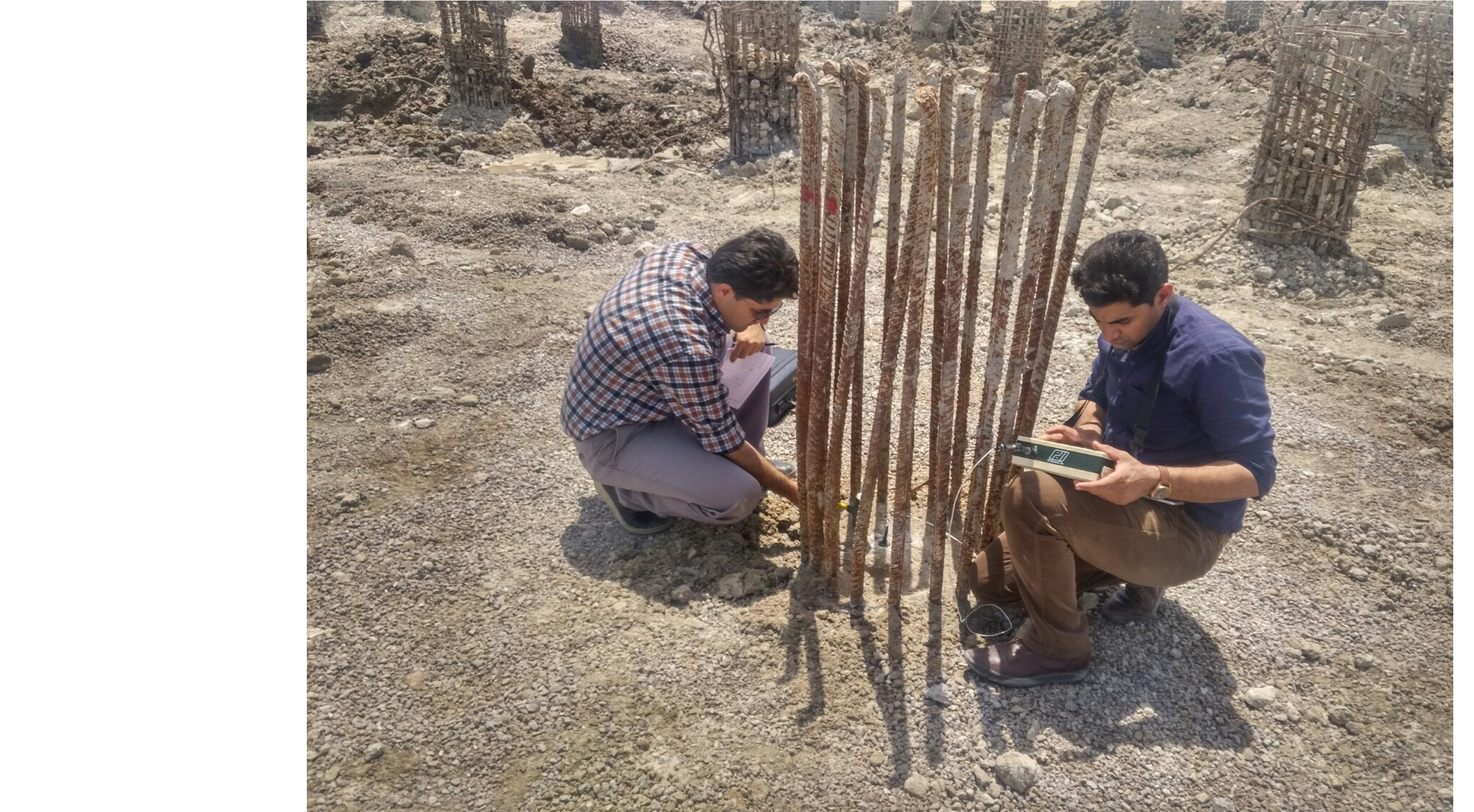